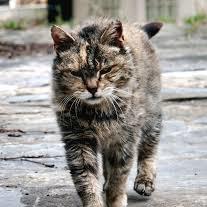 About Me
branch librarian

In the last year or so, conversations about inequality have levelled up, but the tech industry hasn’t been critiqued as majorly just yet. A recent global study revealed that just 9 per cent of IT leadership roles are given to women, whereas this year’s World Economic Forum predicted that the industry’s gender imbalance wouldactually worsen between now and 2026. One woman looking to combat this is Fereshteh Forough, founder and CEO of Code to Inspire. After unexpectedly finding herself selected for a Computer Science degree at university, she went on to become a professor and later sought to share her skills with underprivileged women.

Here, Forough drew upon her own experiences of being born into a refugee family in a tiny town, nestled close to the border between Afghanistan and Iran. She saw first-hand the lack of opportunities afforded to women, so created a non-profit organisation and raised funds for the construction of Code to Inspire, Afghanistan’s first ever women-only coding school. Since opening in 2015, the school has expanded and, in the process, given the gift of education to women who would have been otherwise excluded.

Not only has Forough fought to build a safe, secure environment for women to learn without discrimination, she’s also harnessed the power of technology to help local women flourish in one of the world’s most notoriously male-dominated industries. These achievements aren’t going unnoticed, either: non-profit organisation Index On Censorship recently nominated her for one of its Freedom of Expression awards. In recognition, we reached out to talk coding, the ongoing prevalence of outdated gendered stereotypes, and the unique forms of oppression still experienced by Afghan women.

Can you tell us a little about your background, and how that led to you creating Code to Inspire?

Fereshteh Forough: My family fled Afghanistan in the early 1980s due to the Soviet invasion, so I was born in a small town on the border between Iran and Afghanistan. I was one of eight kids. Living life in a place which treats you like an unwanted guest wasn’t pleasant, and even access to basic rights like education came with obstacles. People tend to think of refugees as people that come to your country, steal your opportunities. As a refugee, to me the word symbolises that great things can start with empty hands. My mother is one example: she learned to make dresses, and then sold them to buy us school supplies. She taught me how to be an entrepreneur, and how to make the best of the least.

What gave you the idea to focus on tech and coding in particular?

Fereshteh Forough: My high school background in Iran was in literature, but I took a university entrance exam in Afghanistan and got selected by the Computer Science faculty, a field I had never considered. I remember the first lesson was mathematics, which I knew nothing about; I got so scared, I wanted to give up. But then I started to see the critical thinking, the logic involved and I decided to stay. Coding is like a puzzle: you have to try different paths to find the right one. To me, it’s like learning a new language, one which gives you freedom to create what you want. That’s really empowering: it’s only you and your keyboard. It’s a skill which gives you the ability to empower other people.

Why do you think there are so few women in further education in Afghanistan?

Fereshteh Forough: Women in Afghanistan have faced countless challenges and obstacles both during and after the Taliban regime. There’s cultural stereotypes, extremism and a generally patriarchal society: during the regime there was zero female participation at schools and workplaces. Even after its fall, the men in the family remain the decision-makers. They don’t allow girls to go to school because they assume they’ll get married and not contribute financially, so they invest in boys instead.

Then, there’s the lack of a safe, secure educational environment. Security is a big problem for the country, and women are the ones who suffer the most. There are examples of girls’ schools being burnt to the ground by extremists; of schoolgirls having acid thrown in their faces; of verbal and sexual harassment both on the way to or inside schools. These reasons prevent some families from sending their daughters to school due to fear. Finally, some girls are either forced into marriage of marry at a very young age, both of which can lead to them dropping out or being excluded from education against their will.

In 2015, you succeeded in building Afghanistan’s first exclusively female coding school. How long did that take to come together?

Fereshteh Forough: I left my former job in September 2014 and had always been passionate about doing something focussed on tech and coding. I had a background as a professor of Computer Science and wanted to do more for women in this field; it took me a while to put things together, but it took about six months.

I used social media to reach out to women, explain my vision, and then in January 2015 I founded Code to Inspire as a non-profit, with the aim to build the first coding school for girls in Afghanistan – from a laptop in my apartment in Brooklyn! Everything happened online: fundraising, shipping equipment, recruiting mentors, registering applicants, curriculum development. This is the power of connectivity I was talking about. Tech enabled a refugee who was deprived access to education and made her dreams come true; it gave free access to technical and digital literacy to the women back home!

What were the main obstacles you faced?

Fereshteh Forough: Well, to start a school that girls could join without worrying about security or cultural barriers is no easy feat! Firstly, preparing the right papers here in New York to operate as a non-profit and raising funds were huge tasks. Providing a safe, secure environment for the girls was very important, so we had to be extra cautious when finding a location. We started with 50 students but have now doubled to 100, so we quickly needed more physical space, higher Internet speed, faster and more modern equipment, so scaling the project up was difficult.

Why do you think the global tech industry is still so male-dominated?

Fereshteh Forough: Gender bias, stereotypes; telling girls that boys are better in technical fields discourages them even though they might have the capabilities and the interest. There is a lack of role models, too. When you think of IT, you think of a white guy with glasses writing code in a basement. This doesn’t send the right message to women and girls who want to pursue IT, nor does it help fight the gender discrimination which blocks women from promotions or higher salaries.

Even services like PayPal aren’t supported in Afghanistan, so how difficult is it for Afghan women to actually get paid?

Fereshteh Forough: Access to banking has always been a challenge for Afghan women, although the rapid growth of technology has made it a bit easier. Still, most of Afghanistan is ‘unbanked’, and most of these people are women – there’s limited access to banks in most rural places. The most easy and common way to receive money is the cash system, because you don’t need a third party and you can keep it safely, but mobile banking is also becoming increasingly common and is allowing more and more women with phones to access funds.

Finally, you’ve built Code to Inspire from the ground up, with the help of platforms like IndieGoGo and various grants. What advice would you give to other women looking to do the same?

Fereshteh Forough: Believe in yourself and have faith in the work you’re doing. It doesn’t matter where you are, what you have or don’t have, you should never be afraid to do what you believe in. As (poet) Rumi said: “Where there is ruin, there is hope for great treasure.” From the ruins of a shattered nation, and from the shattered lives of refugees, can come treasure – if we know where to find it.

You need to be a member of The Digital Citizenship Conference to add comments!

Welcome to
The Digital Citizenship Conference

"Digital Citizenship" ends up being a broad term used to discuss a variety of topics. Responses from the survey included the following. To suggest additional topics, please respond to the survey.